HallowKlean Spookfest Westminster’s One of a Kind Clean Halloween Celebration

by The Recover
in Featured
1681 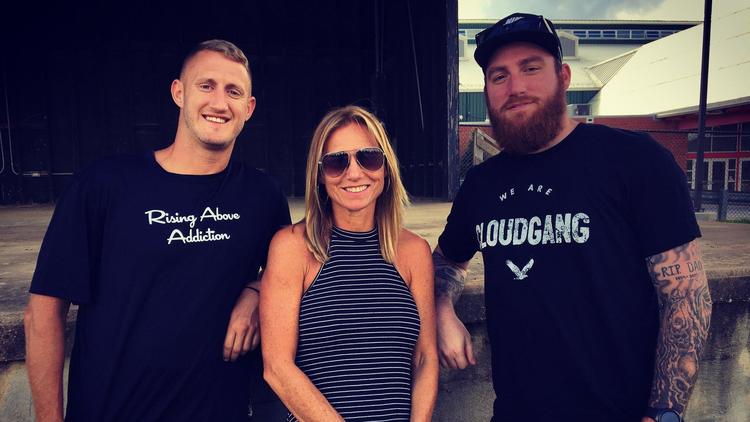 This past Saturday, Westminister locals had a different type of celebration to turn to for those who have dealt with addiction and recovery. The event titled HallowKlean Spookfest teamed up with the cities traditional Halloween festival but with a twist, the event followed the town’s Halloween parade combined with the spooky sprint, and finishing with a concert with various acts that are recovery based.

The event’s creator Jesse Tomlin describes the family friendly affair as “an addiction and recovery awareness concert, with speakers in recovery,” Tomlin had recently organized the highly successful Addiction and Recovery MusicFest that debuted in july of this year. Saturday night’s concert featured hip-hop collective CloudGang, artist B-RAiN (Brian McCall) told the press he was honored to be performing at this one of a kind sober concert. “We have conventions and we have meetings and dances, but never concerts,” McCall said of people in recovery. “I have never been to a clean concert, a sober concert. A concert where the music is recovery based, everybody is clean, there’s no drugs and alcohol there.”

Performer Ridge Long explains that when he’s performing with recovery conscious lyrics, it makes him feel as if he has a rare opportunity to show that people can change, and make a positive difference.  “I am a two-time convicted felon,” Long said. “In 2014, I was on the front page of the Carroll County Times for my house being raided, possession with intent to distribute and ended up getting jail time for that.”

While in court, Long said, prosecutors used his drug reference laden hip-hop lyrics as evidence of his poor character. Yet in July, Long was on the front page of the newspaper once again, this time for performing with McCall at the Addiction and Recovery Awareness  MusicFest. “Now I’m hearing that the state’s attorney kind of likes where I am going with my music and I’m teaming up with the sheriff’s office,” Long said. “It’s a weird feeling, but I like it.”

Keynote speaker Ryan Hampton, a recovery advocate, has written about his personal journey toward recovery for The Huffington Post and other media outlets.

Hampton had flown in to Maryland just hours earlier to come speak for the crowd of concertgoers to talk about the changes in legislation we need to combat the opiod epidemic. If there was a general shift in policy Hampton could recommend, it would be that the country begin treating the opioid crisis less as an acute problem, and more of a chronic one — that means thinking beyond the 28-day detox model, and providing adequate post detox care.

“There are 23 million Americans who live in long-term recovery, although you don’t hear about that,” he said.

Hampton urges the recovery community to consider doing more than simply organizing sober concerts — and that they need to use the power of their numbers to help solve the opioid crisis.

HallowKlean SpookFest and the Spooky Sprint are posing to combat that, with proceeds from the race and vendor sales at the concert going to support nonprofit groups Rising Above Addiction and the Push H.O.P.E Project, which go to fund and organize not only detox but also post-detox care as well. Rising Above Addiction founder Tommy Lofink added that the sober living home she opened over the summer is doing very well.

“We have a good four or five girls that have been there for awhile and they are really doing well,” she said. “I get calls almost every day now.”