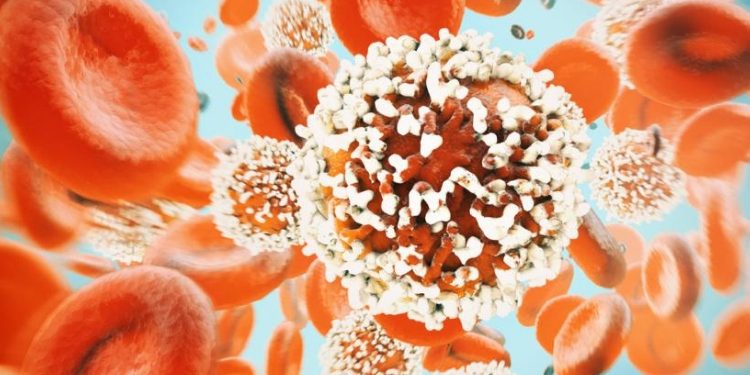 The medical problem that has haunted the lives of millions is said to be on the verge of a breakthrough cure, a group of Israel scientist has announced that they have made undoubtedly the most significant accomplishment within the world of medical science, the one thing many experts have spent their whole life trying to solve; cancer.

With the risk of cancers becoming ever more present, the number of people surviving cancer has been higher than ever before; the statistics are completely backward.

Many experts have studied why more people are contracting the illness, some of them have suggested that processes food has clogged our society, along with the increased rates of depression and stress.

According to the company chairman Dan Aridor, Dr. Ilan Morad, CEO of Accelerated Bioevolution Biotechnologies, they are developing MuTaTo, which is supposed to be a “complete cure for cancer.”

The medicine combines peptides that target cancer cells with a toxin that kills them. “Our cancer cure will be effective from day one, will last a duration of a few weeks and will have no or minimal side-effects at a much lower cost than most other treatments on the market,” announced Arirdor.

The sad reality is that prominently 18.1 million people are diagnosed with cancer every year and one in six of them will die from their form of cancer. This means that if Aridors announcement is real, this could reshape the field of medicine, and change the way society views sickness.

Imagine a world where 18 million people are not inches from death, whose friends and families aren’t stressing out over the fact that they could lose their loved one. In that world out of 18.1 million lives, around 3 million lives would be saved each year.

In an interview between Dr. Morad and the New York Post, he tells the post that after using their cancer-killing medication on mice, they were successfully able to kill all the bad cells while they left the healthy ones unaffected.

This is shocking and a huge advancement for people who are going through chemotherapy, this being because, in addition to killing the infected cells, chemo also eliminated the critical, healthy cells that are responsible for keeping your immune system functioning and healthy.

Cost of Chemo is also very high and in most situations a long-term treatment that will deteriorate one’s quality of life. The team of experts hopes that if they are successful with their medication, chemo and radiation could be a thing of the past.

Experts announced that the new drug is moving towards clinical trials and if the results prove to be accurate, patients could receive treatment on a case by case basis.

Interestingly the great news of Morads potential cure comes alongside another possible cancer cure discovery. However, this one was created on a farm and not a lab. According to a study conducted at the University of Edinburgh, experts have combined human DNA with a chicken’s. As a result, the birds started laying eggs that may contain a cure for cancer.

Yes, many are probably thinking; this is something out of a sci-fi Disney movie; there is some logical thinking behind it.

Reports claim that the eggs laid by the modified chickens contain two proteins that are great at treating a variety of human diseases, with cancer being the main one. However, the problem is that producing these IFNalpha2a and macrophage-CSF proteins in laboratories are unthinkably expensive.

This is why doctors took the chicken egg approach, the proteins they need are stored in the egg whites, and only three eggs produce a single dose that is used in treating cancer.

One of the researchers on the team, Lisa Herron, explained to BBC that not only does this method work, but the manufacturing cost is also at least ” 10 times lower” than the current laboratory methods for producing the two proteins.

Wait a second? So, does that mean people can eat an egg a day to keep cancer away?

No. However, scientists say that it will probably be a few years since regulatory bodies are O.K. with the idea of using chicken extract to treat human diseases.

Helen Sang, another head researcher, emphasized, “We are not yet producing medicines for people. however, this study shows that chickens are commercially viable for producing proteins suitable for drug discovery studies and other applications in biotechnology.”