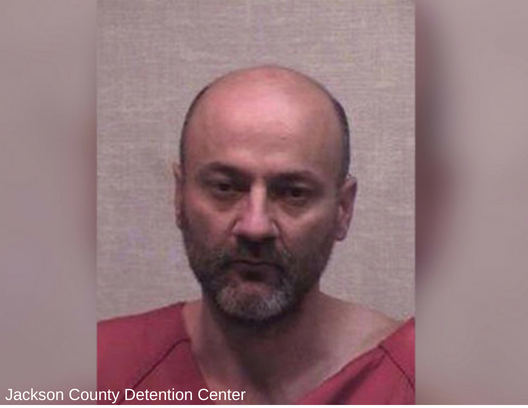 An 8-year-old boy is dead because of a case of mistaken cereal and a neglectful parent. Curtis Collman III awoke early on June 21st and asked his dad Curtis Collman II that he was hungry and needed something to eat according to authorities.

Collman II, 41, told authorities they had no food, but there was a plate of meth left out in open, within the child’s reach. Because the colors of methamphetamine vary from crystal like brownish to clear, and could be mistaken as cereal to a child.

According to medical reports, the child ate a large amount of the drug, nearly 18,000 nanograms. 180 times the lethal amount of methamphetamine.

His father noticed the boy was feeling sick around 10a.m, Soon he was scratching his face and bouncing it against the floor. His father said he was laying down, talking to his brother who wasn’t even there. His temperature spiked and his father began pouring water on him to get him to cool down. He then called and asked a friend to come over and check on his son. After being advised to take his son to the hospital, Collman II instead took the friend’s phone away, pointed a gun at her head and yelled “I am not going back to prison,” according to the Seymour Tribune. He threatened to shoot all three of them if she tried to call 911.

Following that encounter, Collman II took his son to his mother’s house and upon arrival the boy began turning blue. His grandfather called for emergency medical services, where he was taken to Schneck Medical Center where he later died.

Police say the man knew his son needed medical attention for at least 4 hours before anyone was contacted. When the police confronted him about the possibility that his son may have ingested methamphetamine, he broke down and cried. He told police he thought his child had gotten into bleach and Pine-Sol that was left in the bathroom.

His grandparents shared their devastation. He was remembered as a fun loving child who loved to ride his bicycle and scooter, watching Spongebob Squarepants and playing Minecraft.

“He was a Minecraft tutorial person — he could tell you anything about Minecraft,” said Cook. “He just loved life. He never was still; he constantly moved and just never was still.”

His father is looking at multiple charges, including neglect that led to the death of a dependent, intimidation and possession of meth according to court documents.

A Jackson County judge rejected a request for bond last Friday, who set a trial for December 4th. He will remain in custody until then. He is facing up to 40 years in prison if convicted.

Jackson County has struggled with methamphetamine, which makes up for one third of the county’s arrests.

“The meth is still our, hate to say it, drug of choice,” Jackson County Sheriff Mike Carothers said.