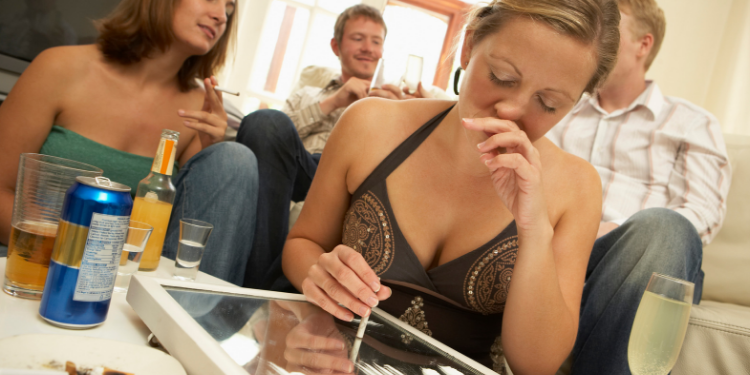 For the past decade, the country has been at war with drugs and their never-ending consequences. At a press conference on June 17, 1971, President Nixon, with his newly elected Drug authority at his side, declared drug abuse “public enemy number one.” “To fight and defeat this enemy,” he added, “it is necessary to wage a new, all-out offensive.” With that statement, the “war on drugs” began.

As a country, medical experts and state officials have fought tirelessly to battle the opioid overdose crisis that has taken the lives of thousands. However, with so much spotlight on synthetic opioids, multiple other drugs have been ignored creating a hidden epidemic of chronic disease — organ failure, leaky blood vessels, and “flesh-eating” infections — that might threaten cocaine and meth users in coming years. This accusation comes from the discovery of increasing signs of dangerous adulterants in illicit drugs.

Expert is concerned because cocaine use is up 47% since its lowest point in 2011, with 2.2% of people over the age of 12 reporting they have snorted or smoked it in the last year. According to the CDC, US cocaine and methamphetamine overdose deaths have almost rippled in the last five years. They also reported that Methamphetamine overdoses killed 12,987 people last year, and cocaine overdoses killed another 15,699.

However, these numbers have been ignored due to the even larger number of overdose fatalities from opioids. Over 40,000 people died of opioid overdoses in 2018, a lower number than the year before, which marked the nation’s first decline in total US overdose deaths in 28 years.

“While the declining trend of overdose deaths is an encouraging sign, by no means have we declared victory against the epidemic of addiction,” Health and Human Services Secretary Alex Azar explained in a statement regarding the 5% drop, which still accounted for 67,774 deaths.

She continued, “We also face other emerging threats, like concerning trends in cocaine and methamphetamine overdoses.”

As of recent cocaine mixed with fentanyl, a deadly opioid was thought to be the main reason in the spike of deaths; however, The United Nations Office on Drugs and Crime argues that the record coca crops in Colombia and more affordable cocaine for a resultant stimulant-drug boom worldwide.

Unfortunately, another emerging contributor is an unknown wave of toxic lab-made adulterants that are being mixed into illicit drugs. According to a study, MJ Technologies presented lab findings to display how toxic cutting agents are being found in bewildering varieties and more significant numbers than seen before in illicit drugs. Their findings included samples of cocaine and heroin tested from three US states — Kentucky, Nevada, and Vermont — in 2016 and 2017, which tested positive for multiple additives connected to erratic heartbeats, reduced immune system response, and organ failures. The team also discovered signs of multiple toxic adulterants in North Carolina, Pennsylvania, and Texas.

MJ Technologies emphasized that Warning signs about these adulterants have been around for a decade. Reports from the US Drug Enforcement Administration and public health researchers show that they have had concerns about cocaine being aced with levamisole, a veterinary drug for parasitic worms linked to severe infections, and phenacetin, a banned painkiller linked to cancer and kidney failure, since 2009.

According to the DEA, since 2012, levamisole has been tested and found in almost 80% of the cocaine samples, it tested, in strengths as high as 10%. Despite the dangerous effect, the current threat may be pushed aside because most US labs do not test for toxic adulterants. Typically, Crime labs are looking for drugs like heroin or cocaine, not cattle dewormers, to enable criminal prosecutions. Public health clinics, coroners and Hospitals don’t, either, rather they test for drugs that are high on the chemical dependencies list, like heroin, cocaine, and meth.

More research is needed, but the reality of dangerous cocaine is on the rise.