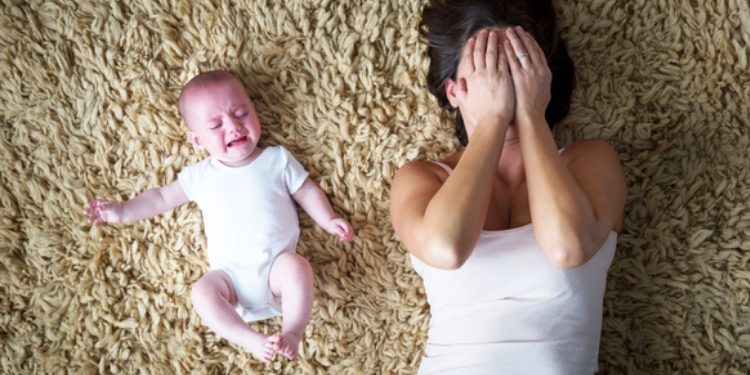 A New light for moms struggling with postpartum depression has surfaced Tuesday. The Food and Drug Administration has finally approved its first drug aimed directly at treating this condition, called Brexanolone, or Zulresso.

Brexanolone is a miracle because it is a synthetic form of the hormone allopregnanolone, a progesterone derivative, in it. Typically the hormone increases during a women’s pregnancy and then depletes rapidly after the woman gives birth, a primary reason for why most women develop postpartum depression.

“This can potentially transform women’s lives and that of their families,” announced Dr. Steve Kanes, chief medical officer of Sage Therapeutics, the Cambridge, Mass., biopharmaceutical company that developed Brexanolone. “It’s not just the mother who suffers when there’s postpartum depression. It’s the newborn. It’s the other people in their family.”

The medication is not a pill; instead, it is delivered intravenously over the course of 60-hours, which means it would be given in the setting of a hospital or licensed clinic, rather than the patients home.

According to the reports, the team performed a double-blind placebo that included multiple women that experienced moderate to severe postpartum depression. Each woman reported immediate improvements in their symptoms within 24 hours; the improvements were still present after 30 days.

“This is for postpartum depression, but it is a step in understanding how we treat depression more broadly,” explained Dr. Samantha Meltzer-Brody, director of the perinatal psychiatry program at the University of North Carolina at Chapel Hill and the principal academic investigator in the brexanolone trials. “We have had the same treatments for depression for 30 years. There’s an enormous need for new, novel ways to treat depression, and to treat it quickly.”

Rapid relief is a focus for many dealing with depression and mental health treatments. The approval for this new treatment is a blessing for many.

A Connecticut mother, who received the treatment, was diagnosed with postpartum depression after she gave birth to her second child, Brenley who is now 2. For years, the antidepressants that she was prescribed were not helping at all, and the patient felt like she was falling deeper and deeper into the state of depression.

Once she participated in the brexanolone trials, she reported incredible results and almost instant relief. She claimed that between hours 12 and 18 of the 60-hour infusion, she noticed her depression slipping away.

“I woke up from a nap, and the thoughts were gone. And they never came back,” Hathaway explained. “And then hour after hour, I got my energy back. I got my appetite back. I was eating because I was hungry, not because people were making me eat.”

However, just like every new drug the treatment is not a cheap price tag, according to Sage it is going to cost the patient anywhere between $20,000 to $35,000 for the infusion. The price does not include the room and board of the hospital or facility, it has not been determined if insurance will cover most of the cost or cover it at all.

The doctors highlight the fact that while the treatment may be pricey, the cost is a one time cost and will change the families lives forever.

“That’s such an important piece as to why this is so novel. We’re talking about a single treatment that has permanent effects,” he said. “This is a one-time intervention that gets people on their way. It’s transformative.”

Dr. Jeff Jonas, CEO of the Massachusetts-based biopharmaceutical company, announced that the drug would be available to the public in June. The medication will only be available through a restricted program, known as the Zulresso Risk Evaluation and Mitigation Strategy (REMS) Program and can be accessed through a doctors recommendation.