by Amber Mae Payson
in Featured
0 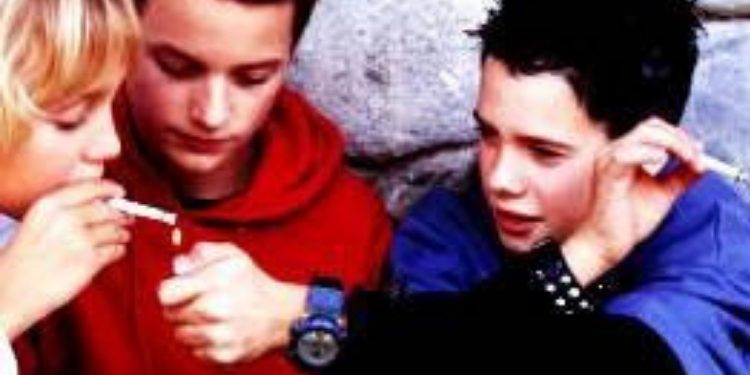 As the THC infused lollipops, cupcakes, and gummy worms begin to take over the legal marijuana market, questions are being raised over the beloved drug’s health risks, especially as its commercialization is becoming more and more appealing to young adolescents and children.

Surely everyone could remember that first time, that first time inhaling something completely taboo; whether or not it as in the form of a bong, a blunt, or some kid who decided to make space cakes for prom—- memories of that first time getting high are often linked to nostalgia for novelty, that constant quest to feel and experience something new. However, is this desire for novelty the direct cause of addiction? Could a seldom, once a week regimen of a bong hit have an adverse effect on cognition?

A study conducted by the University of Montreal responded to these questions in one word: Yes. According to Dr. Patricia J. Conrod, a professor of psychiatry at the University of Montreal, “One of the problems in trying to assess a causal relationship between cannabis and mental health outcomes is the chicken or egg issue”. Despite the knee jerks’ headlines insisting that marijuana causes psychiatric disorders like schizophrenia, recent research suggests that the issue might actually be a matter of reverse cause and effect. Although marijuana use can heighten psychotic behaviors, studies also show that those at the incipience of schizophrenia are more likely to smoke weed to self -medicate. So, if schizophrenia isn’t what’s at the height of cannabis fearmongering, then what is?

In Dr. Patricia J. Conrod’s study, 3,720 middle school students participated in an annual web-based survey for four years. In this survey, the students would have to respond to questions which tested their working memory, perceptual reasoning, and inhibition. Student data was then categorized based on their frequency of cannabis consumption, and apparently, students who smoked more than once a week were subjected to adverse effects. “Of particular concern was the finding that cannabis use was associated with lasting effects on a measure of inhibitory control, which is a risk factor for other addictive behaviors, and might explain why early-onset cannabis use is a risk factor for other addictions” concluded Conrod. The study revealed adolescents who smoked more often were more inclined to have feelings of insecurity and hesitance. Therefore, the relationship between marijuana consumption and inhibition become cyclical as an adolescent will use the drug to escape feelings of worthlessness while the drug is what stimulates low self-esteem in the first place!

Not only were adolescents obliged to respond to questions during the study, a track record of their school test scores were documented as well. Through these results, the students who smoked more often also scored lower on tests than their non- smoking peers. Furthermore, a large longitudinal study in New Zealand suggested that marijuana addiction starting in adolescence was associated with a loss of an average of 6 or up to 8 IQ points measured in mid-adulthood. Even once addicts stopped using the drug in their adulthood, the decrease in IQ points could not be retrieved. A low drop in IQ points can reflect one’s attention span, recall, and long-term memory. People who only began using marijuana heavily in adulthood did not lose IQ points. The results coincided with psychiatrist Dr. Patricia J Conrod’s hypothesis that marijuana poses the greatest impact on young adolescents as they are still developing significant parts of the brain, primarily synapses. The endocannabinoid system is known to play an important role in the formation of synapses (the connections between neurons) during early brain development, and a similar role has been proposed for the refinement of neural connections during adolescence. Without these connections properly formed, a teen is more likely to fall victim to depression, anxiety disorders, and addiction.

So, as the marijuana industry is widening its target audience — appealing to both adolescents and young children through child-friendly THC edibles, beverages, and sweets, how will the industry warn youth about the cognitive impairment marijuana can pose on a developing brain? Because clearly the “it’s just a plant” fallacy is no longer enough to prevent addiction.