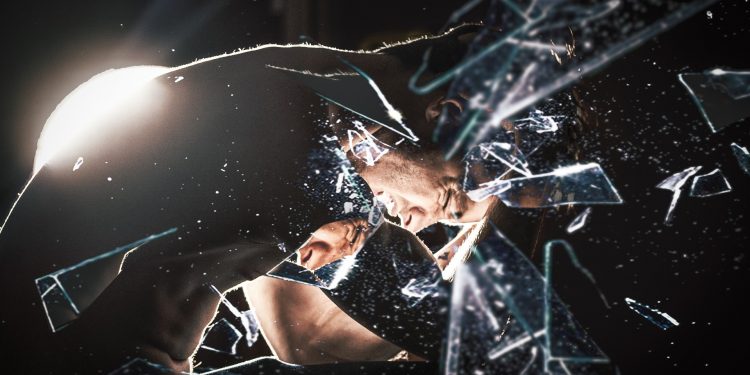 Social anxiety disorder or social phobia is an excessive fear of adverse or mistaken judgment from people. It causes feelings of embarrassment, humiliation, rejection, and insufficiency in a social circumstance. People struggling with the disorder may be worried about acting or looking visibly anxious when they are in public or a gathering.

For instance, such people may worry that others might consider them as dull, stupid, and embarrassing. Therefore, most of them will avoid social events. If their negative feelings intensify during such circumstances, it becomes difficult to control their emotions which result in anxiety disorder and distress.

Besides, statistics reveal that this disorder affects approximately more than 15 million adults in the USA alone. It is also the second most frequently diagnosed anxiety disorder after a specific phobia. Most people start to get this disorder in their teenage lives.

How Social Anxiety Can Depress Your Life and Work

Social anxiety disorder can depress and cause chaotic lives for people who struggle with it. For instance, people may have wrong perceptions, such as rejecting job opportunities that require regular interaction with new people. Others ridiculously even avoid having meals with friends because of the fear that their hands will shake while drinking or eating.

When the symptoms become very excessive, they might significantly interfere with daily lifestyles. They can also disrupt social life, work-related performance such as increasing difficulties in completing school, having a successful interview, obtaining a job, and sustaining dating relationships.

However, a social anxiety disorder should not hinder anyone from achieving their potential. With effective treatment using ketamine therapy, it can help in overcoming these symptoms.

The Biological Function of Ketamine Therapy in the Body

Researchers have found that the actions of ketamine in the body can successfully solve social anxiety disorders. The brain has complicated and broad chemical processes that perform various functions every day.

Additionally, neurobiologists have researched and taken lots of time to study and understand the multiple roles of ketamine while treating psychiatric-related sicknesses.

Below is an explanation of how brain chemicals and receptors act together with ketamine receptors to give instant relief from social anxiety disorders.

Ketamine acts as an NMDA (N-methyl D-aspartate) receptor antagonist. An NMDA receptor is a glutamate receptor found in nerve cells which is essential for controlling memory functions in the brain.

Also, ketamine acts as an AMPA receptor stimulator which has various biological functions in the brain. It helps to form new receptors and synapses which provide crucial connections between neurons.

These two receptors provide crucial roles for balancing mood disorders in the brain. Shortage or imbalance of these receptors can lead to depression, social anxiety disorders, and other mood disorders.

Glutamate is also a vital neurotransmitter involved in the development of brain synapses. Also, it works with GABA neurotransmitter to maintain a healthy and excellent functioning of the nervous system. When ketamine acts by blocking the NMDA receptor, which is a primary glutamate receptor, it increases the glutamate levels in the brain. This action causes a balance in the glutamate levels, which later controls mood disorders.

If there is an imbalance between GABA and glutamate neurotransmitters, they can cause various issues such as sleep problems, social anxiety, overstimulation, and concentration difficulties.

By understanding how ketamine works in the body, positive research shows that it actively creates a balanced glutamate system.

This process triggers a series of neurological actions that researchers believe is the main reason why ketamine can provide effective treatment on social anxiety disorder.

A crucial factor to note is that researchers are still investigating various ways on how ketamine therapy impacts the brain chemicals. They are also researching ketamine quick action mechanisms to reduce social anxiety and other symptoms of mood disorder.

While scientists have not exhausted performing ketamine research, the fact that remains is that it has high success rates than other conventional medications used for treating social anxiety disorder. These drugs include SSRI’s, Tricyclics antidepressants, and MAO inhibitors.

Research reveals that ketamine has minor side effects when treating social anxiety disorders compared to the above psychiatric drugs.

Usually, doctors inject low doses during ketamine therapy and supervise the whole process to prevent the worst side effects associated with this drug. The worst side effects can occur during its abuse when people take high doses over shorter periods for recreation purposes. It is the reason why people know it as a street or party drug.

Additionally, people have abused ketamine as a recreational drug since it causes immediate effects on the body within a few minutes after using it. Some of its significant side effects include euphoric sensations, dream-like states along with floating feelings, and disassociation or “out of body” experience.

Unlike conventional mood disorder drugs which have various side effects, ketamine has few side effects, which disappear once the treatment is complete.

Additionally, when doctors monitor its use to treat social anxiety disorder, the results indicate effective relief. Temporary effects after first use include disorientation, hallucinations, decreased environmental awareness, and memory loss.

Ketamine great discovery has made it one of the best suitable alternatives for quick social anxiety relief with minimal side effects. Other psychiatric drugs take more than a few weeks to start showing significant results.

Finally, many health providers are currently using ketamine for clinical purposes while restricting it to hospital-like settings. They also monitor its abuse potential for safe use while treating social anxiety disorder through infusion therapy.