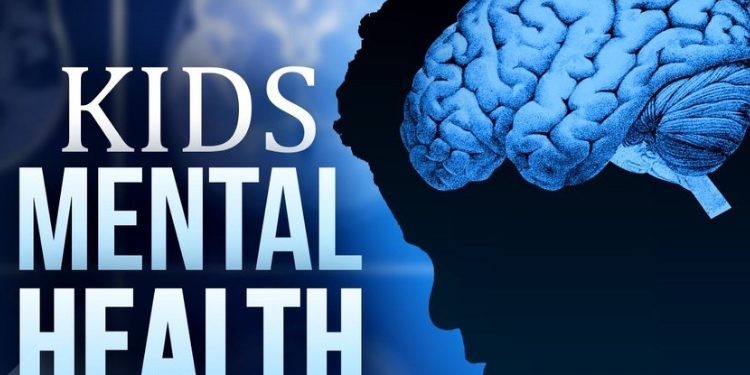 Children need more access to mental health care, and a new statewide program is aiming to achieve that. Virginia psychiatrists confirm that access to any health care is a growing problem, as many families wait weeks to months for a simple appointment and some having to drive long distances.

The new program is known as VMAP, the Virginia Mental health Access Program. Health experts have teamed up with other experts modeling their steps after other states.

The main goal is to give support to primary care doctors in two main areas. The program will mainly provide mental health training to screen, diagnose and managing issues, along with allowing physicians to consult child psychiatrists over the phone.

The idea behind the program is to allow PCPs to counsel children dealing with depression, anxiety or ADHD if they were unsuccessful in getting an appointment with a child psychiatrist.

Head child and adolescent psychiatry at Carilion Clinic in Roanoke, Dr. Felicity Adams, will be one of the many doctors giving consultations over the phone with physicians all over southwest Virginia.

Adams will be the lead in the region. “We just have an access problem,” she said.

She believes that because they are approaching the issue with such positivity people are becoming more comfortable with their PCP, compared to visiting a psychiatrist in person, which can carry a dark stigma.

“I’m hopeful that it will be significant for families to be able to initiate care with someone that they already know,” Adams announced.

Adams practiced in Roanoke for 12 years and said many children who live locally are facing unacceptable wait times.

“Families who call looking for a new patient appointment may be told ‘it will be a few months’ or ‘we have a wait list.’ That can be a real challenge when you feel like your child is in crisis,” she said.

The challenge becomes life or death in some cases, for example when a school counselor contacts the parents in the efforts to help the child who has been making comments about self-harm.

“It’s always too long to wait when you feel like your child is in crisis,” Adams said.

The program could begin allowing local doctors to start conducting consultations as early as this spring. Adams announced that she will have time blocked off each week to provide consultation. Leaders of the program promise that other features will be released slowly.

State experts agree that Virginia is indeed at the “crisis” stage when it comes to children having limited to no access to mental health care resources. The Commonwealth actually ranks the state in the bottom ten for access, claims a study conducted by the nonprofit Mental Health America.

Simply put, there is just not enough child psychiatrists.

Dr. Chung, head of the program, has been in charge of organizing and gathering the necessary funding needed to launch.

According to data, she claims that there is 7,000 child psychiatrist in the country; however, there is a demand for 30,000 and honestly believe that the effects of the lack of access are severe.

She emphasized that “We’ve had children who’ve ended up turning to substances, sometimes committing crimes and, unfortunately, even cases where children have killed themselves while they’ve been waiting for care.”

Some families have even reported having to drive three hours for an appointment, Dr. Chung believes more and more children are in need as a growing number face issues with depression, ADHD and anxiety.

She also believes that there is a need for more child psychiatrist, claiming that the field requires a makeover, making it more financially manageable for people trying to enter the position.

After weeks of debates, VMAP is likely to get funding from the General Assembly. According to the program’s reports, they have set aside $1.23 million put into two budget bills that are moving forward this week. In addition to receiving nearly $500,000 for this year from a grant, however, Chung emphasizes that the primary goal is to get closer to $ 4 million or above, to be able to continue the growth and provide care to more children.