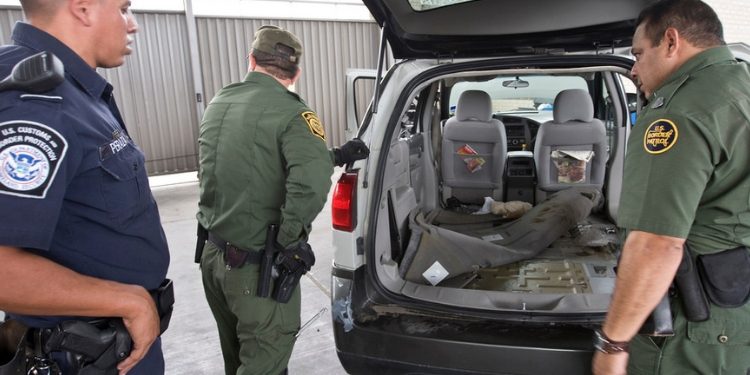 The green movement is sweeping across the nation as more states push to legalize medical and recreational marijuana. As cannabis becomes legal, the probability of it being smuggled over the U.S.’s southern borders are dropping dramatically.

Cato released a current graph to show the shift  https://infogram.com/html-figure-2-1ho16vvnzgdv6nq

The findings come from a Cato Institute study that carefully analyzed Border Patrol marijuana seizures over time. In the Paper published earlier this week, David Bier, immigration policy analyst at Cato wrote, “State-level marijuana legalization has significantly undercut marijuana smuggling. Based on Border Patrol seizures, smuggling has fallen 78 percent over just five years. Because marijuana was the primary drug smuggled between ports of entry, where Border Patrol surveils, the value of the agency’s seizures overall — on a per-agent basis — has declined 70 percent.”

Over the past eight years, many states have put an end to the marijuana prohibition. Colorado and Washington were the first states to legalize marijuana in 2012, finally starting legal sales in 2014. Since then multiple states have made the same stride in that direction each election cycle.  2019 and 2020 will bring several more states to the same conclusion.

Researchers also question Presidents Trump’s fight to build a wall along the Mexico and U.S. border, which has sparked a partisan dispute that led to an ongoing government shutdown Christmas week. That being the 3rd government shut down within two years.

Bier also wrote “Given these trends, a border wall or more Border Patrol agents to stop drugs between ports of entry makes little sense. State marijuana legalization starting in 2014 did more to reduce marijuana smuggling than the doubling of Border Patrol agents or the construction of hundreds of miles of border fencing did from 2003 to 2009.”

“From FY 2003 to FY 2009, Border Patrol doubled its workforce and constructed hundreds of miles of fences, yet this increased enforcement did not reduce marijuana smuggling. Each agent annually seized virtually the same quantity of marijuana through 2013, indicating roughly the same overall inflow of the illegal substance.”

Many claim the paper proves the accusations of legalization advocates, who have argued for years that American consumers would instead purchase marijuana from Licensed producers and shops. Guaranteeing the proper testing and labeling of their products for potency and purity unlike the illegal market, where no quality control exists or is required.

According to the report, Rep. Matt Gaetz (R-FL) took a liking to the idea in a congressional hearing last week, insisting that Homeland Security Sec. Kirstjen Nielsen makes strides to end federal marijuana prohibition, making her and her agents’ duties less stressful.

Gaetz commented saying, “Some think that state-based marijuana is a gateway drug and makes people want illicit products more,” he said, “but the people who’ve looked at your agency—and you’ve got this challenging job—are saying that if states have the ability to innovate and make legal, high-quality medical cannabis available to people, then we’re not going to have as difficult a job for you and your border patrol agents and for the people who live across our border.”