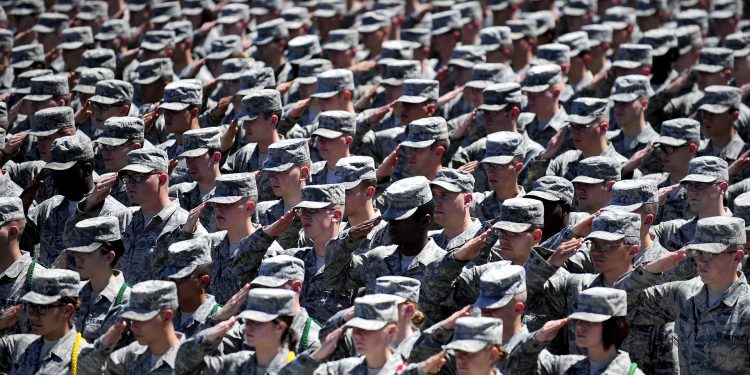 The push to expand marijuana programs within the V.A. hospitals and medications has been halted after the Department of Veterans Affairs denied three legislations proposals that would allow the expansion of research on medical cannabis at the V.A. level and grant access to the drug in states where it is legal.

Last week during the hearing regarding eight V.A. health-related bills under review by Congress, head V.A. officials told House lawmakers that until marijuana is legal at the federal level, the department will and can not support any legislation that promotes cannabis within the V.A.

“[The House Veterans Affairs Committee] can make strong proposals for us to move forward with recommendations of filling out forms and such but, in the end, we need to go back to the [Drug Enforcement Agency] and [Justice Department] for their opinion,” stated Larry Mole, chief consultant for population health at the V.A.

Three bills before the House Veterans Affairs health subcommittee relate to medical marijuana; one is the Veterans Equal Access Act, H.R. 1647, introduced by Rep. Earl Blumenauer, D-Oregon and would allow V.A. health doctors to recommend medical marijuana to their veteran patients legally. They would be required to fill out the necessary paperwork for them to enroll in the participating state marijuana programs.

According to Blumenauer, who has introduced the bill in every Congress since 2014, advocates for marijuana by saying for some veterans marijuana and hemp “derivatives are lifesavers that keep them from using addictive medications such as opioids to treat post-traumatic stress disorder, chronic pain, seizures, and glaucoma.” However, because it is not “federally” legal, they are left with no choice but to take traditional medicine.

“Opioids steal the lives of 115 Americans every day … as veterans with PTSD, chronic pain and any number of ailments are looking for relief, lethal opioid overdoses among V.A. patients are almost twice the national average. We are doing something wrong,” he said.

The second and most significant bill is known as the V.A. Medicinal Cannabis Research Act, H.R. 712, and would direct the V.A. to conduct a large-scale clinical trial on the effects of cannabis on conditions such as PTSD and chronic pain.

According to Bill sponsor Rep. Lou Correa, D-California, the research would examine the real benefits of marijuana on various health conditions, including delivery methods.

Lastly, the Veterans Cannabis Use for Safe Healing Act, H.R. 2192, would issues protection for veterans’ benefits by prohibiting the V.A. from denying health care and compensation for the participation in there local state medical marijuana program.

Although the department supports medical marijuana research and is in the middle of trials for treating PTSD, it has rejected every bill, according to Keita Franklin, the V.A.’s national director of suicide prevention.

Franklin claims that V.A. doctors would be subject to criminal prosecution if they recommended medical marijuana or made referrals to state marijuana programs, under DEA guidance.

“Typically, a smaller early-phase trial would advance our knowledge and the benefits and risks regarding cannabis before moving to the expansive approach described in this legislation,” she said. “Any trial involving human subjects must include an evaluation of the risks and the safety and include the smallest number of participants to avoid putting the subjects at increased risk unnecessarily. For these reasons, we don’t support this legislation.”

Veterans advocates who testified expressed varying levels of support for the bills. The VFW does support V.A. research on cannabis.

“V.A.’s overreliance on opioids to treat chronic pain and other conditions have led to addiction and even deaths. To its credit … V.A. has reduced the number of patients to whom it has prescribed opioids by 22 percent. Now, V.A. must expand research on the efficacy of nontraditional alternatives to opioids,” Fuentes said.

“We want to make sure there is no harm done. Research is the first step in doing that,” Ilam announced.